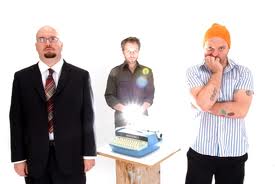 Behold: A white piano trio that is not full of shit

This morning, I finally caught up with the jazz internet hoopla surrounding the Toronto-based trio Badbadnotgood (BBNG). I will not link to any of their music here, because they have received plenty of attention already.

I will, however, link to Peter Hum’s excellent take.

Read that, and then come back to see why I even bothered weighing in: because this group exposes the racist underbelly that haunts today’s systems of music distribution and consumption, something that many jazz musicians have been diligently and intelligently resisting for decades.

I know that many people in the jazz community get sick of talking about race, especially in the wake of the whole “#BAM” thing, but bear with me on this one. Sometimes, I see or hear something in my online jazz meanderings that hits me like a punch in the gut, pissing me off for no apparent reason. When that happens, the first thing that I have trained myself to ask is, “does this have something to do with race?” Almost always, the answer is “yes.”

The recent BBNG brouhaha is no exception. These three young white Canadians have become internet sensations thanks to, as Hum puts it, “a video camera and a few famous people in their corner.” Along the way, the trio has gone on the record disparaging the jazz tradition, the jazz education system that they recently abandoned, and previous jazz-meets-hip-hop collaborations.

I now direct you to one of the original such documents, Gang Starr’s 1990 music video for “Jazz Thing”:

The real mystery is how music history
Created Paul Whiteman or any other white man,
And pretended he originated,
And contended that he innovated
A Jazz Thing.
Schemin’ on the meanin’ of a Jazz Thing

I know that this opens me up to the criticism that, like Robert Glasper, I’m “stuck in 1990” — but still, I find this relevant. In her profile of BBNG in Toronto’s Now magazine, Anupa Mistry positions these three young men in the same way that 1920s newspapers lauded Whiteman: as an innovator on the leading edge of jazz. The only difference is that while Whiteman famously endeavored to “make a lady out of jazz,” moving it from its lowbrow street origins into respectable middle-class society, BBNG seem intent on pimping out the tradition instead, dragging it into the gutter along with their misogynistic hip-hop champions Odd Future.

Now, you might ask: why is race a factor in this dilemma? Certainly, if these three musicians were not white, they would be garnering just as much attention, perhaps even more. But I’d contend that it takes a certain kind of naivete, bred in the suburban illusions of racial privilege, to speak and act the way that these three young men have in the face of their fleeting fame. How do I know this? From personal experience. I now offer exhibit B:

That clip features another group of white, college-age kids trying to meaningfully cover African American music with their still-developing jazz chops (albeit in 2005, before YouTube existed to perhaps lift them from obscurity.) The band, The Shark Spaceship, also featured a certain young trombonist whose writing might be familiar to you . . . yes, that’s me (and yes, the myspace page still exists.) I bring this up simply to point out that, at age 19, I had no idea about the implications of our group feebly copping these tunes, and fortunately I didn’t have to because nobody outside of the Amherst college party circuit ever heard us play.

But now that BBNG has blown up a little bit, and still position themselves as “jazz rebels,” I think it’s important for someone to stand up and say, “please leave jazz alone.” I have been disappointed that at least one jazz writer whose work I enjoy, Anthony Dean-Harris, has chosen to hitch himself to the BBNG bandwagon. This recklessly devalues the truly innovative contemporary jazz musicians such as The Bad Plus and Jason Moran’s Bandwagon to whom he compares BBNG.

When he writes, “their brazenness in speech, interviews, Facebook, Tumblr, and Twitter is very reminiscent of Miles Davis’ unfiltered honesty,” Dean-Harris carelessly crosses a line by failing to note that Davis’s brazenness spoke out against a lifetime of racist oppression and music industry bullshit. By contrast, BBNG’s arrogant whining is a slap in the face to the generations of musicians who have worked tirelessly to bring jazz to places like Humber College in the first place. The only bullshit that they cite in the Now interview is that their jazz teachers made them learn Charlie Parker solos . . . boo fucking hoo! And as Ted Warren has pointed out, BBNG even used the school’s practice rooms and equipment to record the video that has brought them so much attention — the poor souls!

To be honest, I don’t really care if these musicians continue to play or have success as hip-hop hangers-on. What I do care about, though, is that people with an investment in nurturing and supporting the jazz tradition as a generative, positive artistic endeavor firmly reject these angry white boys as readily as they claim to have rejected jazz.

The real guilty parties here, I believe, are those who mistake anger for creativity, destructive impulses for creative ones, and having a microphone for having something to say. Please, let’s quit schemin’ and keep the focus on musicians with the humility to recognize that they’re standing on the shoulders of giants (David Ryshpan wisely nominates Kris Bowers as one shining example) rather than falling into this sort of trap: 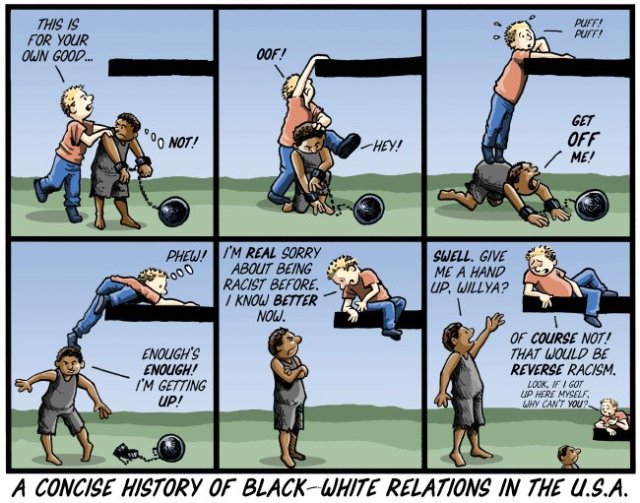 UPDATE: Anthony has responded to my post in a new article at Nextbop, and I left a comment there as well. In a nutshell, I wrote:

This whole postracial rhetoric veils the persistent, pernicious reality of racism today (Trayvon Martin anyone?) and the need for jazz to continue to act as a bulwark against it, as an art form that creates beauty in the face of it. And if artists like Chuck D are any indication, hip hop has the opportunity to move in that direction as well. Throwing all that to the wind and “taking jazz to the mosh pit” is, to me, a naive but destructive act of violence against this tradition.

UPDATE 2: For an idea of what amazing jazz innovation and experimentalism can sound like these days, check out last night’s WBGO/NPR Music recording of the Craig Taborn Trio from the Village Vanguard, now available online. No Bird clones here . . .

UPDATE 3: Ethan Iverson responded to my prompt about BBNG at his blog. He includes this provocative nugget:

Hey, local music should be future anyway: Pretty soon we won’t be able fly in airplanes to tour. Playing the long game is the only answer.