The Sound of Feminist Snap, Or Why I Interrupted the 2018 SEM Business Meeting

Posted on November 7, 2019 by Alex Rodríguez 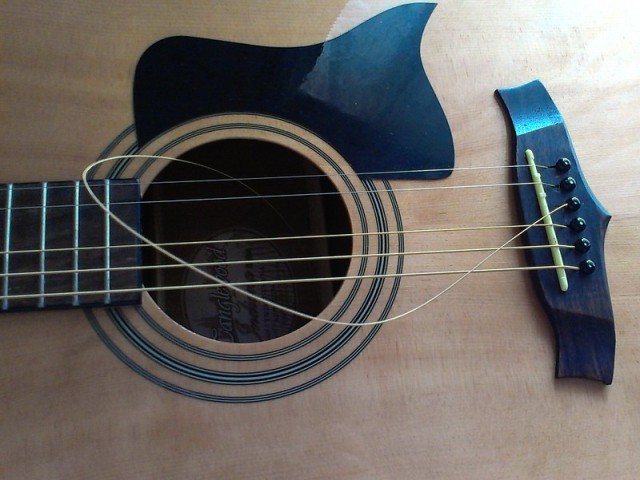 “The Sound of Feminist Snap, Or Why I Interrupted the 2018 SEM Business Meeting”

By Alex W. Rodríguez for Sounding Out!

This is the first piece of writing that I’ve published online in awhile, and it’s something I’ve been working on for a few months. Last year, I was so frustrated with my home academic society, the Society for Ethnomusicology (SEM), that I shouted “You’re a hypocrite!” during President Gregory Melch0r-Barz’s opening remarks and walked out of the room. This piece opens with an apology to President Melchor-Barz and goes on to think through what happened in that moment and why it’s still important. With this year’s SEM annual meeting getting underway today in Bloomington, Indiana, I hope that it helps to spark needed conversations and galvanize next steps towards desperately needed change.

In the piece, I talk about how much of the frustration that leads both to moments of “snapping” like mine, as well as people quietly leaving SEM altogether, comes from the silences generated by uncommunicative and unaccountable leadership. Since publishing this on Monday, someone reached out to bring to my attention a striking example of this in the context of the current meeting: the President’s Roundtable.

My advocacy work in SEM began five years ago, when then-President Beverley Diamond invited me to join the newly formed Committee on Academic Labor (CAL). She was aware of the brewing crisis of contingent labor in North American academia and formed the committee to develop strategies to mitigate its effects for SEM members. At last year’s CAL meeting, noting the accelerating urgency of this issue, we asked President Melchor-Barz to dedicate next year’s President’s Roundtable to the issue. He agreed to do so. After the meeting, I followed up with him to confirm details and start planning the event, but he never responded to my requests. CAL committee chair Gage Averill then reached out to him and reported back to the committee that there had been a “hiccup” with the scheduling for the President’s Roundtable, which meant that we would not be involved with its preparation. Instead, our proposed roundtable was given a separate slot during the Thursday evening dinner hour. My requests for clarification about the nature of the “hiccup” to both Dr. Averill and Dr. Melchor-Barz went unanswered.

Because I am unable to attend this year’s meeting, I had not looked closely at the conference schedule this year. But when someone brought to my attention that this year’s President’s Roundtable will be dedicated to the topic of President Melchor-Barz’s new book, things came into clearer focus. Although I do not have conclusive proof of this point, it is difficult for me to imagine that the “hiccup” didn’t have something to do with President Melchor-Barz’s decision to prioritize his new research over the urgent concerns of the contingent labor crisis.

I say all of this with no judgment about the nature or quality of Dr. Melchor-Barz’s work or his commitment to engaged scholarship, especially with regard to the LGBTQ community. As a fellow member of the Society for Ethnomusicology, however, it breaks my heart that he has chosen to promote his own interests over those of a large swath of his fellow SEM members. Even more concerning to me is that through his own silence, Dr. Melchor-Barz’s lack of transparency or accountability puts the Presdient’s Roundtable panel of brilliant scholars in the uncomfortable position of sharing their work in a space where the voices and concerns of contingent scholars have been actively silenced, without their knowledge or consent. In her writing on “snap” that I referenced in the essay above, Sara Ahmed focused on “how worlds are organi[z]ed to enable some to breathe, how they leave less room for others.” Dr. Melchor-Barz’s decisions—and the silences that surrounded their enactment—create an arbitrary divide between LGBTQ scholars and economically precarious ones when the worlds currently being organized by SEM actively harm both.

This example may seem like a minor point—but based on my conversations with many SEM members, I believe it to be part of a much larger pattern that is bigger than just Dr. Melchor-Barz. If we are truly going to work towards a Society that is inclusive and serving in the interests of our full membership, active steps need to be taken soon. It is my sincere hope that some of the people ready to take those steps will find each other at this year’s annual meeting.

Writer, Organizer, Trombonist
View all posts by Alex Rodríguez →
This entry was posted in Uncategorized. Bookmark the permalink.